Amy is an internationally certified consultant, coach, trainer, teacher, and curriculum specialist in the following areas: Education & Training, College Admissions, Career Development, Intercultural/ International/ Diversity Issues, English as a Second/New Language, and Educational Publishing & Curriculum.  She has previously worked as an international admissions advisor for Niagara University.  She also worked as a high school English teacher of international students of all ages, cultures, and language backgrounds for 15 years, as well as a teacher trainer, coach, and instructional designer.

Amy has lived and worked in 4 countries in South America, Europe, and Asia, and speaks Spanish fluently as well as some Japanese.  She has also been blessed with the opportunity to travel to many other parts of the globe. She holds a Master’s degree in Education from the University of Buffalo and a Bachelor’s Degree in Psychology.  In addition, she has business experience in marketing and human resources at large corporations in New York City.  Her eclectic experiences have served her well for working with multicultural adolescents and young adults to help them grow as individuals professionally, academically, and emotionally. 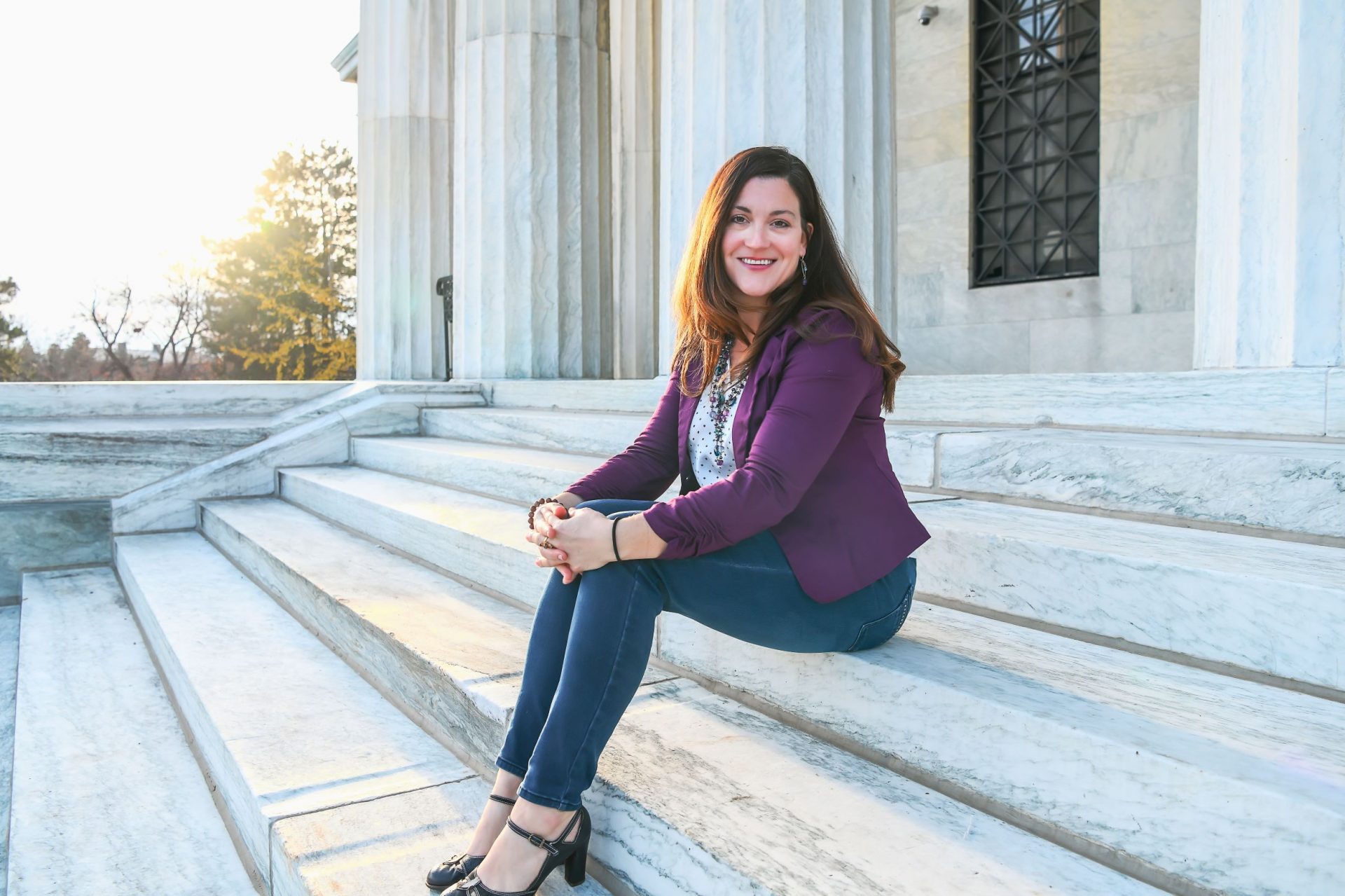 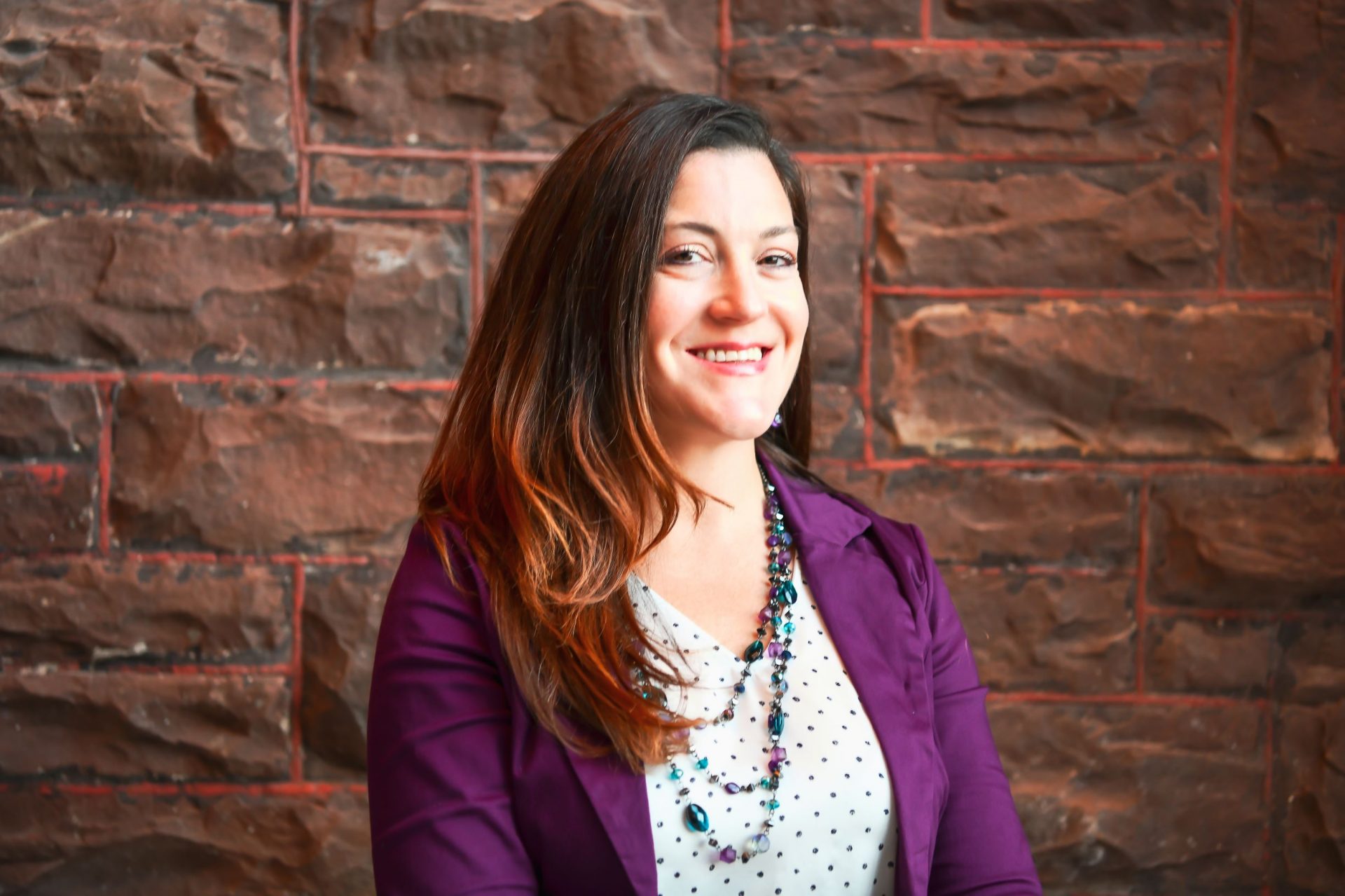 Why I Can Relate (by Amy Quinde)

Accomplished career expert Mark Savicus has a intriguing saying: “We actively seek to master what we passively suffered.”

As a young adult, I would have loved the type of guidance that I now offer to others, instead of having to learn the hard way for many years. When I was younger, I considered myself a “Renaissance Women,” with many interests and diverse skills.  In high school, I was a creative straight-A student, a talented artist and writer, and showed quite a bit of promise. Everyone raved about my “potential” and intelligence.

Yet, I was not someone who fit perfectly into a box. I wasn’t passionate about any one subject in high school, nor was I obsessed with one hobby or sport.  I had talent and interest in art and writing, but I was concerned that it wouldn’t earn me a paycheck.  Creative pursuits, as much as I loved them, weren’t even my sole passions. I was also interested in social sciences like Psychology, Sociology, Anthropology, and Education, as well as the humanities like English literature and foreign languages.  On the other hand, my family, armed with the pragmatism and sensibility of their generation, strongly encouraged me to do something that would get me a stable and good-paying job.  At that time, the guidance counselor’s role was primarily to push papers and sign documents- they were not there to guide and coach.  I had no one to guide me for ME.

With limited or conflicting guidance from others, I decided that I would major in graphic design as it seemed to be the one way that my art talent could be monetized. These were the rudimentary days of the Internet, but enough to have a very primitive search engine that allegedly “found” all the schools that offered graphic design as a major according to region.  I used nothing else to narrow down my search criteria and trusted this search engine blindly.  Using the list of 10 schools that appeared in the search, I applied to 5 that allegedly had the intended major of graphic design in or near New York City.

Fast forward to my freshman and software years.  I took a few classes in graphic design, only to discover after fumbling around on a 1990’s right-handed mouse (I’m left-handed) that I not only preferred hands-on painting and drawing, but that I also could no longer deny my passion for the humanities and social sciences.  At that point, well into my software year, I still hadn’t settled on a major, and didn’t know my options. I knew I needed a Ph.D. to monetize a social science degree, and I didn’t think I was ready to be a traditional therapist.  I enjoyed the creative arts, but I didn’t see them as lucrative enough for my strong value of financial security and I wasn’t confident that I wanted to make a career out of them.  After a fascinating semester abroad in Spain, I decided to major in Psychology and was fortunate to love it and do exceptionally academically.  On graduation day, I graduated at the top of my class and received the Outstanding Student Award for Psychology.  I also won credentials and recognition for an independent student research project.

Upon graduating from college, several professors encouraged me to get a doctorate in Psychology.  Tired of being a poor student and wanting a real paycheck (again, aligning with my values of financial security), I sought a “real job” instead.  It wasn’t directly related to my major, but it was in the Human Resources recruiting department, and later marketing department, of a large investment firm in New York City.  Realizing soon that neither job was for me because they didn’t align with my core values, I eventually went back to school to get my Master’s in Education.  I then became an English as a Second/Foreign language teacher of high school, and lived and taught English to all ages in Japan, Ecuador, Spain, Venezuela, and the USA for many years. I simultaneously had various related careers in curriculum development, facilitation, and teacher training.  More recently, applying my knowledge of international education and languages, I worked in International Admissions at Niagara University, until, finally, I embarked on my current path.

Head & Heart International and its services are truly a fusion of all my personal passions rolled into one: education, language learning, career services, the creative arts, aocial-emotional learning, cross-cultural awareness & travel, and learning about what makes people tick.  It also fuses all the things that, as a longtime educator, I have seen firsthand are lacking from today’s school systems and from society as a whole.

It took me 20 years to find my path, which, if someone had offered me the guidance I needed much earlier, I would have saved myself thousands of dollars in student loan debt as well as unnecessary time, stress, backtracking, and disappointment. Two decades and a half later, I am still experiencing the consequences of not having the guidance I needed when I needed it.  This is why I am passionate about giving others what I never had.  I want to prevent future generations from lost time and money, and put them on the right path much sooner and faster to allow them to optimize their gift to the world in the most practical way they can. 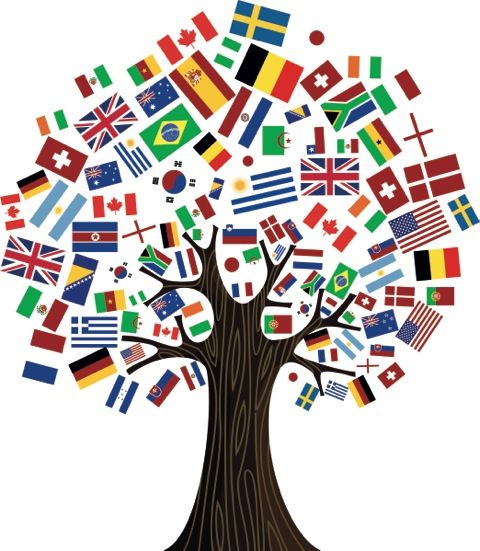 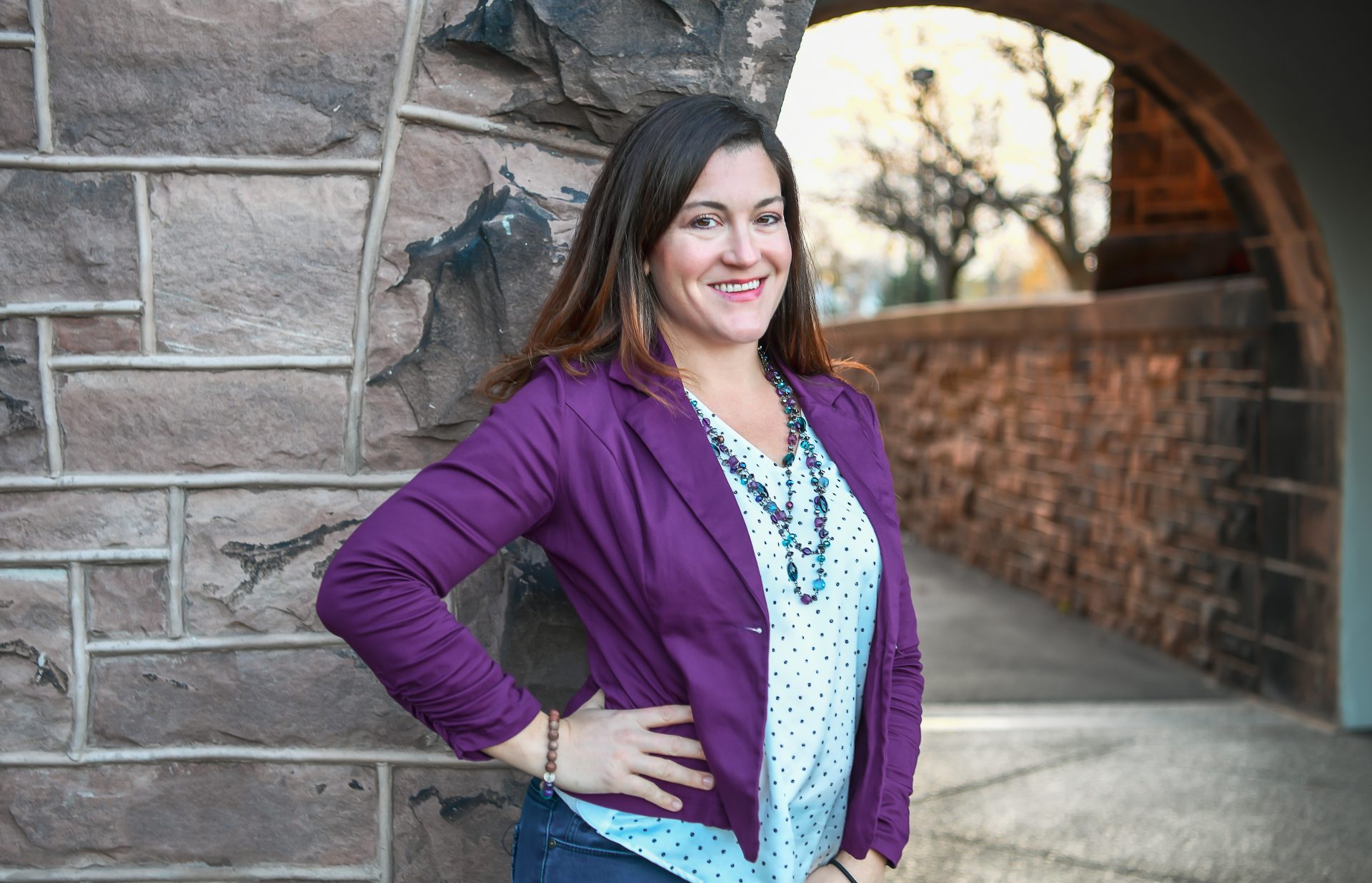 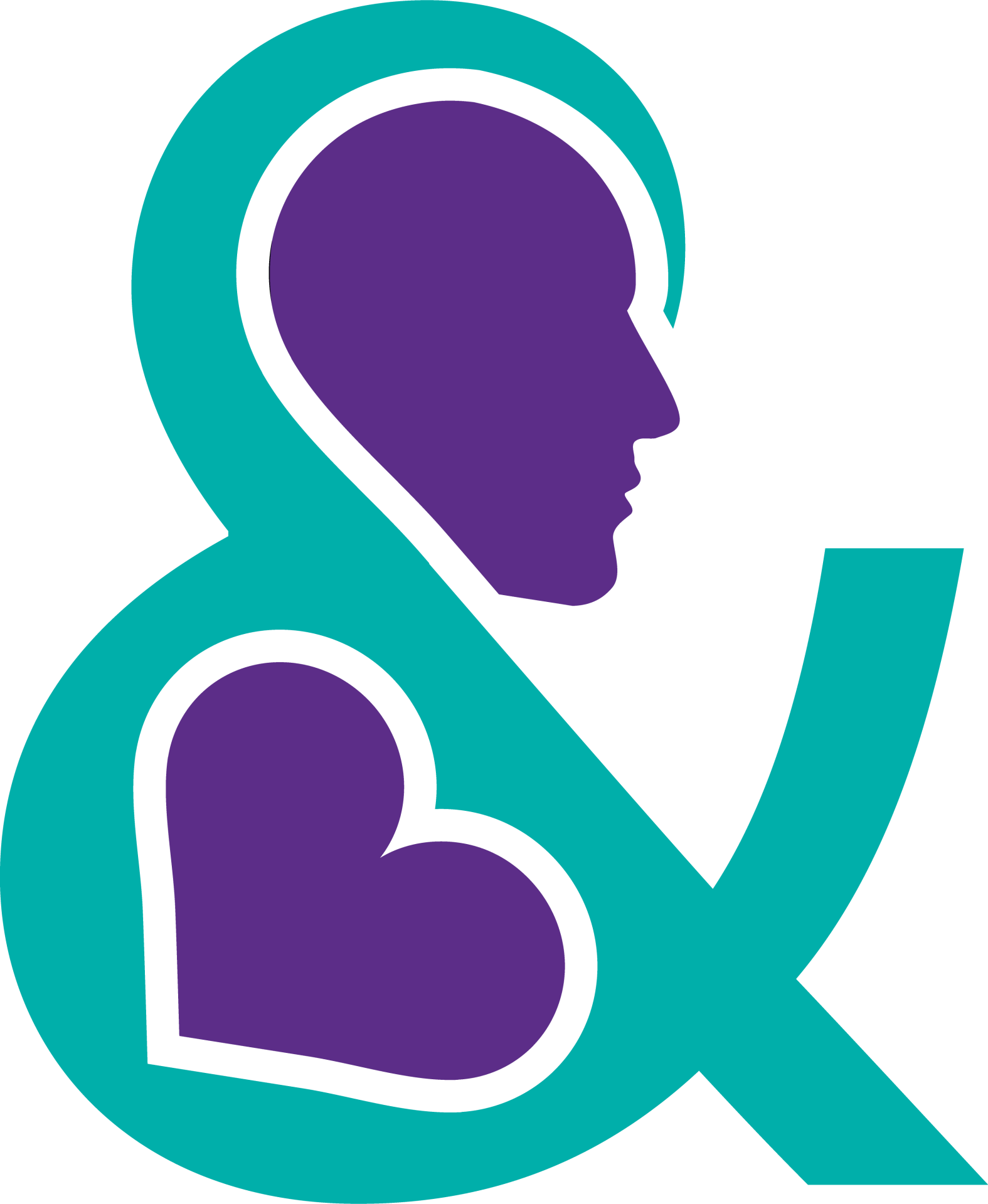